The father of the phrase.” Rock N Roll” Alan Freed is well known for his place in Rock and Roll history as he referring so on main stream radio back in the early 1950s. And in doing so helped to bridge the gap among American teens presenting great music by black artists on his radio program and even arranging live concerts.

Begining in 1945 Alan Freed joined WAKR in OH. playing Jazz and hot recordings, when he left the station to work the graveyard shift at Clevelands’s WLW making history playing Rock And Roll music! Later on he met store owner, Leo Mintz the store was named “Record Rendezous” one of Cleveland’s largest record store that began selling rthythm and blues music.

Mr.Mintz told Alan that there was a growing interest in the records and encouraged him to play them on his show, after moving to Cleveland in 19512 he was let out of his non-compete clause contract from WAKR. He joined WJW and began playing the rhythm and blues song “Moondog” that became his theme song playing R&B hits into the night.

With airtime brought on Cleveland station,”WJW [850 AM} that played R&B records Alan Freed began hosting on July 11, 1951, being the first time was featured on a regular basis on a majot mass audience station. And Alan named his show the”The Moondog house” billing himself “the King of The Moondoggers” The theme music was recorded by the then street musician”Louis T. Hardin aka “Moondog. Alan freed’s gift was to have his audience feeel like they were indeed part of his show united in their love of black music. It’s when he began the using the term “Rock And Roll” to describe the music he played.

Later on Alan promoted concerts and dances he also helped in organizing the “Moondog Coronation ball a five- part show, on March 21, 1952 known as the first “Rock and Roll Concert” The show had to be shut down because of the overwhelming crowds! that caused a near- riot. Soon the music business took notice and soon tapes were playing in the New York City area on station WNJR [1430]

In 1954 Alan Freed Moved to New York City and began his show on “WINS” [1010] later on a suit was filed by Louis T. Hardin who claimed that he was the composer of the name”Moondog” since 1947 making a claim against WINS and Alan Freed in 1956 for infringement Harhin settled for a $6,000,.00 judgment with a agreement to give up further use of the name “Moondog” WINS became a round the clock news station soon after.

Freed’s career ended when it was shown that he had accepted payola (payments from record companies to play specific records) Freed pleaded guilty to two charges of commerical bribery and a fine and a suspended sentence.

On February 26, 2002, Freed was honored at the Grammy Awards with the Trustees Award, and in In 2017 he was inducted into the Rhythm & Blues Hall of Fame in Detroit, Michigan. 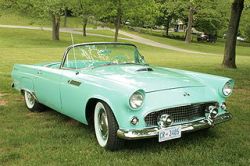 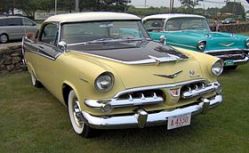 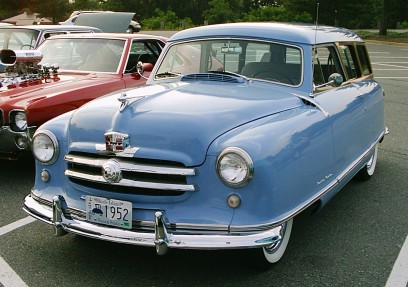 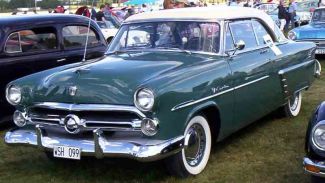